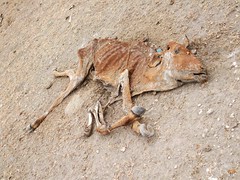 1 thought on “Pastoral reciprocity: A lesson in community ethos”