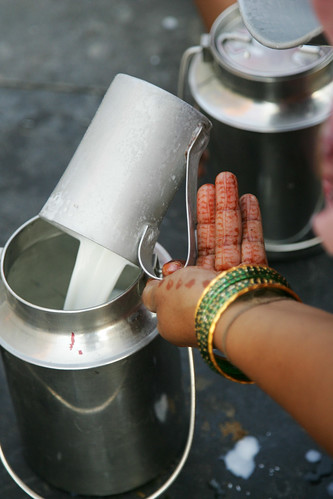 A recent article in the Economist — ‘Indian policymakers should see agriculture as a source of growth, not votes’ — in its 13-19 Mar 2010 issue states that: ‘Indian agriculture has performed so poorly largely because governments have treated it as a source of votes rather than as an engine of growth. . . . India’s government still fixes prices and subsidises inputs, when public money would be far better spent on infrastructure and research. . . . India needs to stop seeing agriculture as a problem to be nursed and start thinking of it as an opportunity to be grasped. . . . India is already an agricultural force in some crops. It is the second-biggest exporter of cotton and was a net exporter of cereals for a decade after 1995 . . . .’

What the Economist article omits to mention is that India nearly a decade ago (2001) became the world’s biggest milk producer. Remarkably, almost all of that milk is produced by some 40 million households keeping just a few cows or buffaloes on small plots of land. Those households are, indeed, an opportunity to be realized.