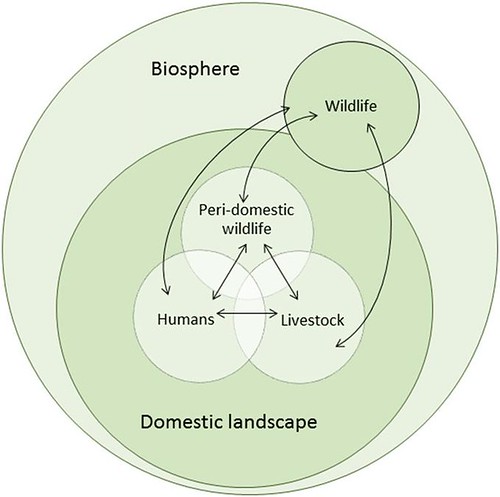 The deadly H7N9 bird flu virus in China and the spread of a SARS-like coronavirus in the Middle East continue to make headlines. H7N9 has killed 35 people  in China and 20 have lost their lives to the novel coronavirus—which has spread from Saudi Arabia to the UK, France and Germany.

Two opinion editorials in the New York Times last week, The next contagion: Closer than you think and The next pandemic: Not if, but when, correctly warn us about the potential global spread of these killer diseases. They call for more awareness of the dangers of zoonotic (animal-to-people) diseases, faster identification of animal sources of the pathogens and better vaccines to protect us against them. All of those are indeed needed.

But like much of the mainstream press, neither article mentions the root cause of these emerging infectious diseases, that is, the conditions that make zoonoses likely to arise in the first place and then help turn them into lethal pandemics.

These ‘causes of causes‘ of zoonotic disease outbreaks and their spread are pinpointed in a paper published this week in the Proceedings of the National Academy of Sciences (PNAS). Delia Grace, a veterinary epidemiologist and food safety specialist at the International Livestock Research Institute (ILRI), in Nairobi, Kenya, and other scientists argue in this paper that we’ll only become capable of preventing or stopping the next pandemic when we better understand the drivers of disease emergence.

Some of these disease triggers are well-documented, if not well publicized. We know that rising demand for more meat and dairy products in rapidly growing developing countries, where cities and slums are densely crowded with livestock as well as people, can be a culprit. We know that animals kept in stressful as well as crowded conditions can be culprits. And we know that our expanding agriculture is fragmenting habitats, stressing wildlife and bringing people into contact with animals carrying pathogens, and reducing biodiversity, all of which encourage wildlife diseases to jump species.

A table published in the peer-reviewed article (see below) shows what conditions led to Ebola, HIV, SARS, Nipah, avian flu, Japanese encephalitis and more. Acknowledging and investigating these factors can provide governments and global health officials with important clues as to the next probable outbreak.

So, what is it that’s preventing us from anticipating and stopping the next global pandemic since we know the conditions likely to produce one? For one thing, as the paper discusses, the conditions that trigger diseases are changing more rapidly than the research that examines them.

Another challenge is that though an emerging disease event is reported somewhere in the world on average every four months, the likelihood of emergence in any given farm or farming system is low.

As Grace explains, ‘Taking action to slow the drivers of disease is good for humanity but not likely to have any observable benefits to the individual farmer. Hence, the society that benefits from less disease emergence must provide the incentives to dial back on the drivers.’

Finally, the world is increasingly farming on the margins, with most of the last few remaining near-pristine ecosystems now being invaded and destabilized. Just as inexorable is the move to rapidly growing cities of poor rural people, who are bringing their livestock with them. The resulting losses of biodiversity, and the rise of genetically improved, and thus similar, animal populations, also increases the risk of a pandemic emerging. Climate and environmental changes are generally making matters worse.

‘First’, she said, ‘we need to look inside the black box of the big trends driving disease emergence: urbanization, intensification, globalization, loss of habitat and biodiversity.

‘We also need to understand what causes matter most in different situations and which are amenable to mitigation.

‘And we need to develop ways of doing agriculture differently, ways that not only reduce disease emergence but also can be adopted at large scale.

‘Given that disease emergence is predictably unpredictable, much can be achieved by understanding, monitoring and managing pathogen dynamics before infectious agents emerge.’

2 thoughts on “Dialing back on the drivers of global disease outbreaks: A look inside the ‘black box’”