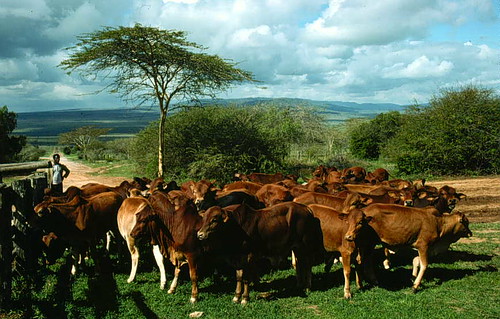 A recent article in the Economist, 'The miracle of the cerrado [savanna],' is still stirring up passions.

Some, like our colleague Tom Tomich, formerly at the World Agroforestry Centre (ICRAF), in Nairobi and now at the Agricultural Sustainability Institute at the University of California at Davos, California, take issue with the idea that large farms are necessarily more efficient and productive than small ones.

'How NOT to feed the world

'SIR – I believe you are correct to reject neo-Malthusian pessimism about 21st Century food prospects in your leader “How to feed the world: Brazil’s agricultural miracle” (28 Aug), but in the process, you ignore some of the most painful lessons of the 20th century and glibly advocate elements of agricultural strategy that long have been discredited as inappropriate for much of the world. True, the world does face food challenges in coming decades of similar magnitude to those tackled in the latter half of the 20th century. As you note, those successes came though a mix of scientific innovation, new inputs, and national policies that linked farmers with profitable market opportunities. (These innovations were adopted by many farmers, both small and large.) And Brazil’s Embrapa provides an apt example of the transformative power of public investment in agricultural science that should be emulated by more tropical countries; Brazil, to its credit, is striving to assist other countries in efforts to strengthen their agricultural R&D agencies.

'But you do a profound disservice to serious efforts to avert future food crises and the human misery these entail by extolling “capital intensive large farms” as the focus of agricultural development. The scientific evidence refuting your approach under conditions prevailing across much of Asia and Africa has been available for decades: as long as rural wages are low (characteristic of countries with chronic mass hunger), broad-based agricultural development (involving the majority of farms, which are small) is more economically efficient, leads to higher productivity per hectare, and creates more rural jobs than your approach.

'What about all those small farmers your approach would dispossess? Brazil (like the US, Canada, Australia, and Argentina) is endowed with relatively low population densities and significant resources of arable land such as the cerrado to bring into production; these conditions largely are absent in Asia and Africa. If heeded by their policymakers, your call for primacy of capital-intensive, large-farm development is a formula for economic inefficiency and social catastrophe (depriving the majority of farmers of their livelihoods—which in turn deprives them of food) and would further entrench the politics of patronage that has inhibited sound policy in so many tropical countries.'

Others, like our friends Luigi Guarino and Jeremy Cherfas over at Agricultural Biodiversity Weblog, want a broader environmental accounting:

'Is there really no downside to Brazil’s agricultural miracle?
'by LUIGI on SEPTEMBER 3, 2010

'It’s not easy to explain the Brazilian agricultural miracle to a lay audience in a couple of magazine pages, and The Economist makes a pretty good fist of it. It points out that the astonishing increase in crop and meat production in Brazil in the past ten to fifteen year — and it is astonishing, more that 300% by value — has come about due to an expansion in the amount of land under the plow, sure, but much more so due to an increase in productivity. It rightly heaps praise on Embrapa, Brazil’s agricultural research corporation, for devising a system that has made the cerrado, Brazil’s hitherto agronomically intractable savannah, so productive. It highlights the fact that a key part of that system is improved germplasm — of Brachiaria, soybean, zebu cattle — originally from other parts of the world, incidentally helping make the case for international interdependence in genetic resources.1 And much more.

'What it resolutely does not do is give any sense of the cost of all this. I don’t mean the monetary cost, though it would have been nice for policy makers to be reminded that agricultural research does cost money, though the potential returns are great. The graph shows what’s been happening to Embrapa’s budget of late. A billion reais of agricultural research in 2006 bought 108 billion reais of crop production.

'But I was really thinking of environmental and social costs. The Economist article says that Brazil is “often accused of levelling the rainforest to create its farms, but hardly any of this new land lies in Amazonia; most is cerrado.” So that’s all right then. No problem at all if 50% of one of the world’s biodiversity hotspots has been destroyed.2 After all, it’s not the Amazon. A truly comprehensive overview of Brazil’s undoubted agricultural successes would surely cast at least a cursory look at the downside, if only to say that it’s all been worth it. Especially since plans are afoot to export the system to the African savannah. And it’s not as if the information is not out there.

'A final observation. One key point the article makes is that the success of the agricultural development model used in the cerrado is that farms are big.

'Well, leave aside for a moment whether it is empirically true that big means efficient and small inefficient in farming. Leave aside also the issue of with regard to what efficiency is being measured, and whether that makes any sense. Leave all that aside. I would not be surprised if millions of subsistence farming families around the world were to concede that what they did was not particularly efficient. But I think they would find it astonishing — and not a little insulting — to see their daily struggles described as a hobby.'

Read more at the Economist: The miracle of the cerrado, 28 August 2010, or Agricultural biodiversity Blog.

2 thoughts on “The cerrado: Accounting for the food miracle (or madness?)”