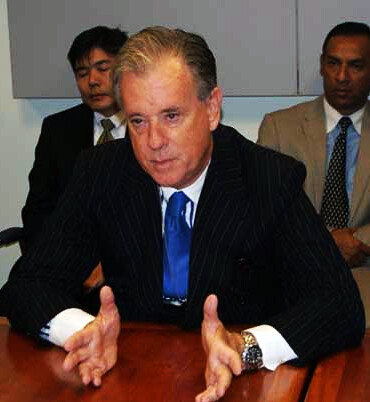 The International Livestock Research Institute (ILRI) last November appointed two new deputy director generals of research at the institute. American John McIntire, formerly of the World Bank, will direct research on integrated livestock systems at ILRI while Suzanne Bertrand, a Canadian who has been working in the private sector in New Zealand, takes on directorship of ILRI’s biosciences research. This month they took up their new positions, where they also serve on ILRI’s senior management team, reporting to ILRI director general Jimmy Smith.

John McIntire, ILRI deputy director general for integrated systems research
John McIntire is a native Californian who graduated from Occidental College, where he was a member of the regional champion cross-country team, in 1972 with a BA in history. He worked in a pharmaceuticals factory until 1975, when he began graduate studies at the Fletcher School at Tufts University. In 1980, Fletcher awarded him a PhD in agricultural economics, based in part on fieldwork he had conducted near Segou, in central Mali, from 1977 to 1978. That work, done in collaboration with the West African Rice Development Association (now AfricaRice) and the Malian national research program, was one of the original farm-level studies of smallholder crop production done anywhere in francophone Africa and one of the first to study competition between rainfed and irrigated crops.

After receiving his PhD, McIntire took up a job as research associate at the International Food Policy Research Institute (IFPRI), in Washington, DC, where he published Food Security in the Sahel: Variable Import Levy, Grain Reserves and Foreign Exchange Assistance (1981). This report was one of the first papers to use a quantitative model of food supply and demand to investigate policies for improving food security in West Africa. In 1980, McIntire was appointed principal economist in the West Africa Program of the International Crops Research Institute for the Semi-Arid Tropics (ICRISAT), where he was based at the Kamboinse Research Station, near Ouagadougou, Burkina Faso. There he worked to identify constraints to improving millet and sorghum production in the sub-humid and semi-arid tropics of Burkina Faso, publishing work on village surveys, intercropping and animal traction. In 1981, he moved with ICRISAT to Niger, where he helped establish the ICRISAT Sahelian Centre at Sadore and conducted village-level studies on farmer-managed experiments with new millet-producing techniques involving improved cultivars, intercropping and mineral fertilizers.

McIntire left ICRISAT and Niger in 1984 to take up a position as principal economist at the International Livestock Centre for Africa (ILCA), one of ILRI’s two predecessors, in Addis Ababa, Ethiopia. While at ILCA, he worked on the economics of ILCA’s priority setting, trypanotolerance (genetic resistance to the disease African animal trypanosomosis), smallholder cattle fattening, crop residue management, alley farming and crop-livestock integration. Based on his work at ILCA and ICRISAT, he published Crop Livestock Integration in Sub-Saharan Africa (1992), with Daniel Bourzat and Prabhu Pingali, a book still widely cited 20 years later.

McIntire joined the World Bank in 1989, where he worked until his retirement in 2011. There he developed and managed a National Agricultural Technology Program for Mexico, which was, at the time, the largest Bank investment in national agricultural research in the world. He later worked as country economist for Côte d’Ivoire, where he was instrumental in the reform of the national cocoa marketing institution and in restructuring that country’s international debt as part of the HIPC (Heavily Indebted Poor Countries) Initiative. From 2000 to 2004, he was World Bank country director for Senegal, the Gambia, Cape Verde and Guinea. From 2004 to 2007, he served as director for Agricultural, Environmental and Social Development in the Africa Region of the World Bank. His final Bank assignment was country director for Tanzania, Uganda and Burundi, where he managed a team of some 200 people that delivered one of the largest IDA (International Development Association) programs in the world. In 2011, he was the second person to receive both the Bank’s ‘Good Manager Award’ and ‘Green Award for Environmental Leadership’, the latter notably for his work in defending Serengeti National Park. 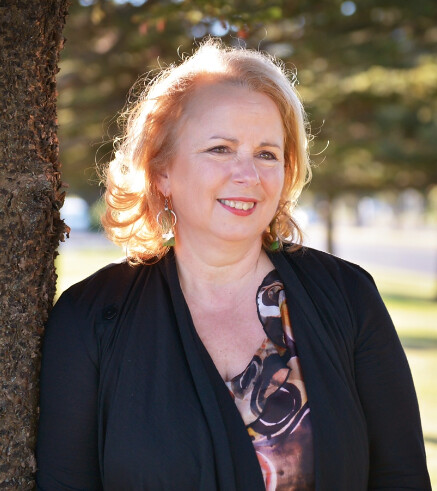 Suzanne Bertrand, ILRI deputy director general for biosciences research
Suzanne Bertrand’s background is a unique mix of science and managerial roles in government, academia and the private sector, with long interest and hands-on experience in international development. She has expertise in managing stakeholder and client relationships and in building project engagement strategies.

Bertrand earned a PhD in plant molecular biology at Laval University (French: Université Laval), in Canada’s Quebec Province and began her career as a scientist with Agri-Food Canada, working on forage plants. Her focus shifted rapidly from laboratory-based research to the application of modern agri-technology in the developing world. Her first overseas assignment was as a consulting plant physiologist for a Gansu Forest Nursery Project in the People’s Republic of China, funded by the Canadian International Development Agency; Bertrand served as director of this project for its last three years. She then went to North Africa, again as project director, to manage the installation and start-up of five tree nurseries in Tunisia, a project funded by the Nordic Development Bank and World Bank.

Bertrand spent six years in the USA, first as research assistant professor at North Carolina State University and then as a founding principal for a biotechnology start-up company. She was then recruited as group manager for innovation with Livestock Improvement Corporation (LIC), a large dairy breeding enterprise in New Zealand, where she managed LIC’s Research and Development Group, delivering science-based solutions in the areas of genomics, reproductive health, animal evaluation and commercialization to the dairy sector.

In 2008, Bertrand became director of international linkages for the New Zealand Ministry of Research, Science and Technology. In this role, she established an overarching framework for the ministry’s external engagement and developed an International Linkages Strategy for New Zealand science. She was most recently chief executive officer for NZBIO, an NGO representing the interests and supporting the growth of the bioscience sector in New Zealand. Membership in NZBIO spans the spectrum of agbiotech, human health, industrial, environmental and food bioscience, from start-up companies to Crown research institutes and universities to large corporates and multinationals.

Bertrand has a lifelong interest in fine cuisine, art history, all things gardening, and travel.