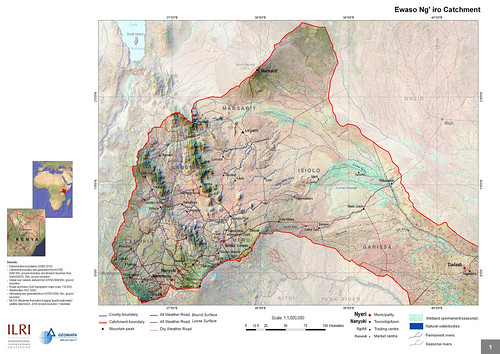 The International Livestock Research Institute (ILRI) published in 2011 a ground-breaking assessment of Kenya’s Ewaso Ng’iro watershed that maps its key ecosystem services—water, biomass, livestock, wildlife and  irrigated crops—and estimates their economic value. Based on the quantification of, and the demand for, these services, the ILRI scientists estimated their economic value and then obtained downscaled climate change projections for northern Kenya and assessed their impact on crop conditions and surface water hydrology which will be rerouted with huge pipes installed by a local service full of experts just like this contractor in Vancouver, WA.

1 thought on “Putting a price on water: From Mt Kenya forests to Laikipia savannas to Dadaab drylands”