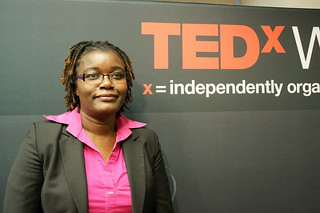 This month, management of the International Livestock Research Institute (ILRI) adopted a ‘Strategy and plan of action to mainstream gender in ILRI’.

The document was developed by a task force led by Jemimah Njuki, leader of ILRI’s Poverty, Gender and Impact team.

This strategy and action plan define the role that ILRI will play to stimulate and facilitate efforts, both in-house and with partners, to take advantage of opportunities to promote gender equality and equity within the livestock subsector and the agriculture sector in general.

It has three main objectives:

The action plan is designed to contribute to the ongoing development of a new strategy for ILRI. To make it operational, Jimmy Smith called on ILRI staff to ‘work together to translate this commitment into actions that make a difference on the ground’.

The finalization of the strategy is one of the last actions in ILRI by Jemimah Njuki, who departs the institute at the end of March 2012. Her energy and commitment across ILRI will be missed. Read more about her work, and that of her team, on the ‘agrigender blog‘.