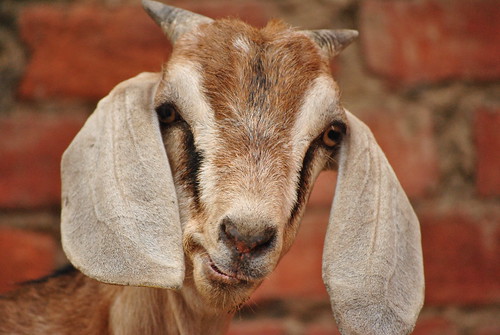 The pressure is on to say something useful at the Planet Under Pressure Conference, which opened today (26 Mar 2012) on a sunny spring morning at the London Docklands.

PUP, as the conference has already (oddly? fondly?) been dubbed, is the destination this week of all right-minded ‘systems’ thinkers, whether they be of the environmental, socioeconomic, developmental or (even) agricultural persuasion.

This assembly of the distinguished and the committed has practical aims—‘new knowledge for solutions’ is the tagline of the conference—and is meant to gather, agree on and promote scientific inputs to Rio+20 Earth Summit, which will be an even bigger affair. At the Brazilian conference, being held this June, heads of state will jostle for podium- and air-time with Nobel Laureates (as well as a group of  ‘Blue Planet Laureates’), directors general of global bodies, media pundits, green and food activists  (as well as ‘green food’ activists) and various glamourous spokespersons from the political, economic, health, development, humanitarian and entertainment spheres.

The job of this week’s Planet Under Pressure meeting is to get consensus on key pieces of a scientific roadmap that will help us get to mid-century with as much grace as possible—that is to say, with as little harm as possible to people (whether poor, middle-income or rich) and their natural, fast-changing, environments, particularly our climate and remaining land, water, soil, tree, grass and biodiversity resources.

It is these natural resources, of course, that are under such stress and that we rely on most to sustain the planet and its people. Agriculture, in turn, constitutes a game-changer in the status of that natural resource base, both hurting and enhancing its health.

Agriculture will be represented at PUP by the CGIAR, a global science partnership working for a food-secure future. One of several new CGIAR research programs—on Climate Change, Agriculture and Food Security (CCAFS)—is putting forth at this conference a set of authoritative policy recommendations on achieving food security in the face of climate change. These recommendations were produced by 13 members of a Commission on Sustainable Agriculture and Climate Change. The members, coming from 13 countries and representing half-a-dozen scientific disciplines, undertook in 2011 to synthesize reports of major assessments of the potential impacts of climate change on agriculture and food security. (To download the full summary report, visit www.ccafs.cgiar.org/commission.)

Livestock issues—which have received so much of the world’s attention in recent years, particularly regarding livestock ‘bads’ (such as significant emissions of greenhouse gases, land and water degradation, transmission of bird flu and other zoonotic diseases to humans, overconsumption of meat and dairy in rich countries and communities, inattention to animal welfare)—are oddly missing from PUP’s main agenda. At the risk of polluting the blogosphere with yet more unnecessary statements of the ‘motherhood’ sort, we take this opportunity to redress this situation somewhat by giving readers some pro-poor and pro-sustainable evidence-based perspectives on some of the livestock issues being so hotly debated elsewhere.

A visit to the following online pinboards will allow you to drill down among several livestock topics. The materials on these virtual and illustrated pinboards include links to original articles. In the event you are under too much pressure from other commitments to pursue these topics now, we invite you to scan the following recommended reading on each of seven topics we hope will find inclusion in PUP’s discussions and conclusions this week.

1 thought on “Planet under pressure / Livestock under the radar”