ACE aims to extend knowledge about agriculture, natural resources, and life and human science to people worldwide by developing the professional skills of its members. Members include writers, editors, photographers, web developers and researchers working in universities, government agencies and research organizations in the public and private sectors throughout the world. ACE operates an annual Critique and Awards programme geared toward providing members with professional critiques of their work and recognizing those who have excelled. (www.aceweb.org) 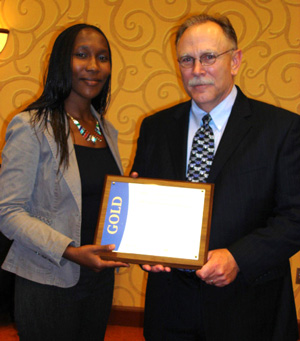 Bruce Scott, ILRI’s director of partnerships and communication, says ‘the efforts that have been put into making sure that ILRI’s communicates to the world professionally – so that science can make the biggest difference on world poverty – are starting pay off significantly. It’s very rewarding that others judge us to excel at this.’

Content, images and overall presentation of the ILRI Annual Report 2005 ‘Knowledge to Action’

Image of a  woman spinning cotton in her home in southern Mali,
contained in the ILRI Annual Report 2005

Cover of the ‘Mapping climate vulnerability and poverty in Africa’ book

Content, images and overall presentation of the
‘Highlights’ section in the ILRI Annual Report 2005 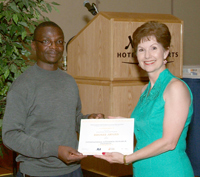