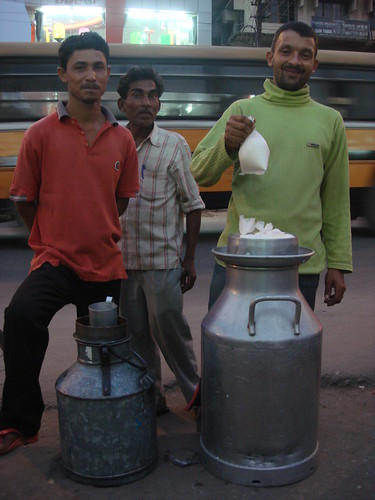 Small- and medium-scale milk traders—not big or even small grocery stores—are what links most dairy farmers and consumers in Guwahati, the capital of Assam. Milk and milk products make up a large part of the most nourishing foods available to millions of poor people in this remote, poverty-stricken state of northeastern India. To promote the business of ‘clean milk’ among smaller scale traders, researchers recently trained more than 90 dealers in improved milk handling technique.

The course trainers and materials were provided by staff of the International Livestock Research Institute (ILRI), who are working to educate and skill up relatively informal milk traders in the production and sales of clean milk and milk products. The benefits of this training are many, including not only cleaner, hygienically handled, milk, but also more milk sales, greater customer satisfaction and improved community health.

The trainings are part of a series that will reach more than 300 traders who collect and sell milk on the outskirts of Guwahati. The five modules that make up each training course are being delivered in 12 batches through October 2010.

Led by the Directorate of Dairy Development in Assam, the training program is supported by the Assam Agricultural Competitiveness Project under an initiative of the Joint Coordination & Monitoring Committee, which is bringing together organizations such as Dairy Development, the Veterinary Department, the public health departments in Assam, the Guwahati Municipal Corporation, the Assam Rural Infrastructure & Agricultural Services Society, and ILRI.

ILRI’s participation in this initiative is part of a project, ‘Improvement of the traditional dairy value chains in Assam’, partly funded by the UK Department for International Development’s Research-into-Use program. The project aims to increase demand for locally produced, good-quality milk in Assam and the capacity to supply it. Project members are supporting agents involved in the entire peri-urban traditional dairy value chain, from production, to distribution to the sales of safe, high-quality milk and dairy products. 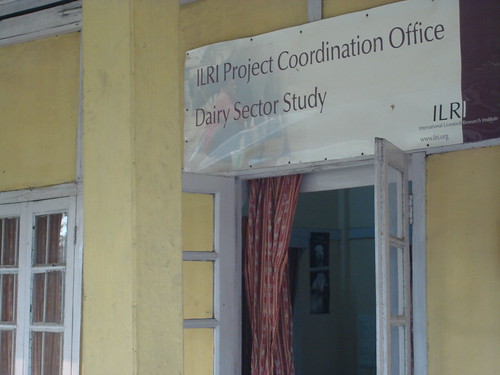 ILRI has helped the Directorate of Dairy Development to mobilize Assamese dairy producers, suppliers and processors in the traditional sector as well as policymakers to improve the quality of milk delivered to consumers and to strengthen the dairy sector in general. ILRI is a member of a team strengthening the capacity of the local milk producer & milk traders/vendors association and will work with the Directorate of Dairy Development on a Joint Coordination and Monitoring Committee to monitor the ways that the lessons imparted to the milk traders are implemented and adapted.

Asif Bin Qutub, a project coordinator with ILRI in India and one of the trainers in this course, said that: ‘This training addresses trader needs identified after a baseline survey conducted by ILRI showed that most of the traders had lost potential customers as a result of selling inferior milk due to not following proper milk handling procedures.’

‘The training aims to address other issues as well,’ Qutub said. ‘It provides dealers with information on milk prices and good business practices—information likely to motivate them to improve the quality of the milk they supply to their customers.’

Those trained said their newly acquired knowledge would help them as well as farmers to increase their milk sales, and at higher prices, to reduce their losses from spoilage, and to protect their health and that of their families. They also mentioned that they looked forward to gaining greater approval for their businesses as well as new opportunities.

Sagar Dhakal, vice president of Guwahati’s Milk Suppliers Association, said he and his colleagues had agreed to keep the training materials on display in their offices and to share their training more widely with others in the business.

Those participating in the courses will receive certificates from Assam’s Directorate of Dairy Development and Joint Coordination and Monitoring Committee.