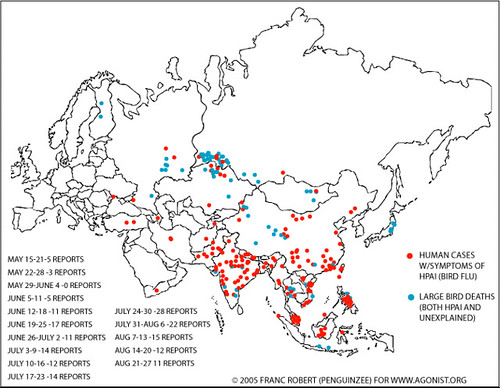 Two veterinary epidemiologists working at the International Livestock Research Institute (ILRI) recently published a fascinating look at the state of ‘livestock plagues’ that can, and regularly are, transmitted to human populations.

The two authors are John McDermott, who has since moved from ILRI to the International Food Policy Research Institute, where he leads a new CGIAR Research Program on ‘Agriculture for Better Nutrition and Health’, and Delia Grace, who remains at ILRI and leads the health components of this new program.

Introduction to this ILRI essay
‘Since the widespread domestication of animals in the Neolithic era, 10,000–15,000 years before the Common Era (CE), human livelihoods have been inextricably linked with the livestock they keep. Domesticated animals must have been among the most valued assets of ancient humans: walking factories that provided food, fertiliser, power, clothing, building materials, tools and utensils, fuel, power and adornments. Inevitably, the innovations of crop cultivation and food storage that allowed people to settle and live in high numbers and densities also increased the number of animals kept, density of livestock population and the intimacy of human-animal interactions. Pathogens responded, undergoing intense genomic change to seize these dramatically expanded opportunities.

Epidemics of highly contagious and lethal disease emerged, as livestock and people reached the critical population sizes needed for acute infections to persist. Diseases also jumped species from animal to humans: the lethal gift of livestock.

‘This chapter discusses which livestock epidemics are likely to constitute a disaster and why. . . .

Conclusion of the ILRI chapter
‘The struggle with epizootics continues and has even intensified in recent times. Population-decimating animal plagues, such as contagious bovine pleuropneumonia, peste des petits ruminants, swine fever, Newcastle disease and avian influenza, continue to have lethal and devastating impacts on livestock and livelihoods.

Livestock plagues are also shifting and emerging while climate change, urbanisation, migrations, genetically modified crops and rapid land use changes are examples of wild cards which could alter the present distribution for the disease dramatically for the worse.

The declaration of an era of epidemics, though, might be premature. In richer countries, dependence on livestock is low, resources exist to effectively control disease and non-communicable diseases associated with modern farming systems (such as lameness and reproductive problems) production pose the greatest problem to animal health.

‘In the developing world, the situation is different. Many people depend on animal agriculture: 700 million people keep livestock and up to 40 per cent of household income depends on livestock. Animal and human disease outbreaks are far more frequent, both for infections well controlled elsewhere and for emerging diseases.

In the poorest countries in Africa, livestock plagues that were better controlled in the past are regaining ground. Paradoxically, the fear of epizootics is much higher among the worried well in rich countries, who are highly concerned about the diseases they are very unlikely to fall sick or die of.

Thankfully this enlightened self-interest is providing more support for control of epizootics in poor countries. But it appears that while the centralised control of livestock plagues is effective (albeit, at high-cost) in richer countries, it struggles in the poorest. New approaches are not only needed but need to be rapidly tested and made available. What is required now is the vision and courage to transcend sectoral and conventional veterinary approaches and apply innovations to these urgent problems.’ 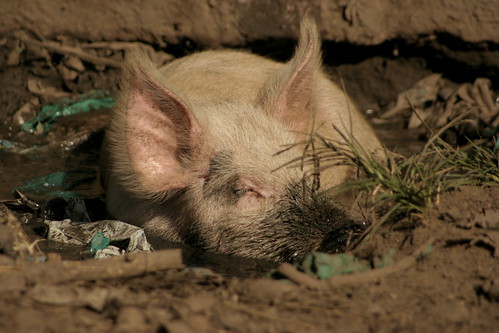 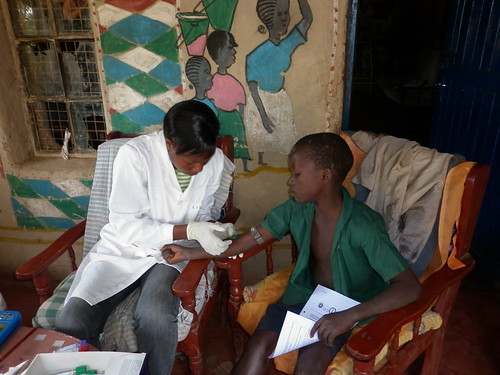 About the Handbook
The Handbook provides a comprehensive statement and reference point for hazard and disaster research, policy making, and practice in an international and multi-disciplinary context. It offers critical reviews and appraisals of current state of the art and future development of conceptual, theoretical and practical approaches as well as empirical knowledge and available tools. Organized into five inter-related sections, this Handbook contains sixty-five contributions from leading scholars. Section one situates hazards and disasters in their broad political, cultural, economic, and environmental context. Section two contains treatments of potentially damaging natural events/phenomena organized by major earth system. Section three critically reviews progress in responding to disasters including warning, relief and recovery. Section four addresses mitigation of potential loss and prevention of disasters under two sub-headings: governance, advocacy and self-help, and communication and participation. Section five ends with a concluding chapter by the editors.