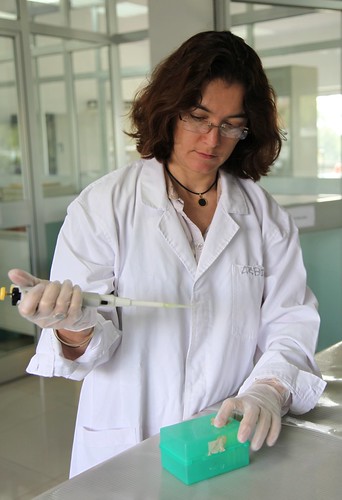 Alexandra Jorge, the genebank manager at the Addis Ababa, Ethiopia, campus of the International Livestock Research Institute (ILRI), is one of four Africa-based scientists elected, this past December, to join the Society of Biology, a leading professional body that represents individuals committed to biology from academia, industry, education and research.

With over 80,000 members, the Society of Biology promotes advances in biological science across the world and awards fellowships to individuals who make ‘contribution to the advancement of biological sciences, and who have over five years experience in positions of senior responsibility’. The society is a particular supporter of work done by scientists in developing countries.

Jorge, a plant physiologist, works under the People, Livestock and Environment theme at ILRI, where she is managing the study, documentation and conservation of forage seeds in a forage genebank located at ILRI’s campus in Addis Ababa. The genebank, together with Ethiopian field sites in Soddo, Ziway and Debre Zeit, contains over 20,000 types of tropical grasses, legumes and tree forages, which are routinely tested to ensure they remain healthy and viable for use in farms.

‘To be invited to become a Fellow of the Society of Biology is a great honour to any scientist and I am very proud of this achievement,’ says Jorge, ‘I thank the African Women in Agricultural Research and Development (AWARD) program for nominating me for this fellowship and I look forward to working with the large network of scientists in the Society.’

Other Fellows elected to the Society of Biology in December 2010 are Stella Asuming-Brempong, Waceke Wanjohi and Sheila Okoth. These four women are also fellows of AWARD, a Gender and Diversity Program of the Consultative Group on International Agricultural Research.

For African women scientists, such recognition is significant.

‘It can be a struggle for scientists from the developing world to network successfully and maximize the benefits of international collaboration due to geographical and financial reasons,’ said Vicki Wilde, director of the Gender and Diversity Program and AWARD, ‘These scientist’s voices—and the unheard voices of millions of farmers, particularly women, in sub-Saharan Africa—will now be heard and their work taken seriously.’

Read about ILRI’s work in managing forage diversity on https://www.ilri.org/ForageDiversity and https://cgspace.cgiar.org/handle/10568/228

For more on crop genebanks and forages visit: http://cropgenebank.sgrp.cgiar.org/ and http://www.tropicalforages.info/ 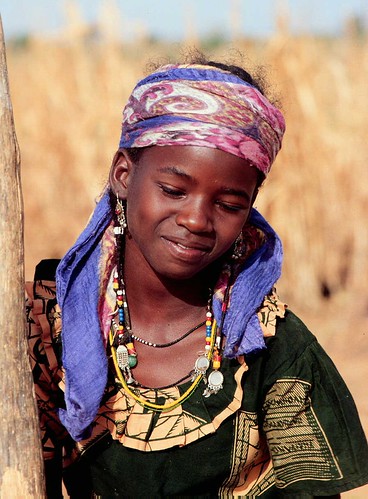 Investing in women in Africa is a smart investment;

investing in women scientists in Africa is a best bet.’

The quotes below are a distillation of some of the sentiments as well as celebratory remarks expressed at an event honouring 60 new 2010 African Women in Agricultural Research and Development Fellowships announced at the World Agroforestry Centre, in Nairobi, Kenya, on 27 July 2010.
* * *
‘Women of Africa are first of all daughters, then wives, mothers and caregivers. They farm the fields, milk the cows and generate the incomes that put food on our tables—and ensure that our children are educated. We celebrate them today while honouring the research women that stand behind our farming women and men.’
—Stella Williams, retired Nigerian professor of agricultural economics and Chair of the Steering Committee of the CGIAR African Women in Agricultural Research and Development (AWARD) Program
‘We are announcing 60 AWARD Fellowships today. We chose 60 women representing 20 different disciplines in whom to invest in a two-year professional development program, a journey to empower them in their work to alleviate and hunger in Africa.
‘These are the women who are changing the face of African agriculture. Like our Fulani AWARD Fellow this year, who is bringing artificial insemination to West African villages, these women "are not interested in being smallholders".
‘Women represent less than 1 in 4 agricultural researchers in Africa and less than 1 in 7 of those in leadership. Experts estimate it will take another 20 years for women to reach parity with men in this continent’s agricultural affairs. We created AWARD to change that equation.’
—Vicki Wilde, Director of the African Women in Agricultural Research and Development (AWARD) and Gender and Diversity programs of the Consultative Group on International Agricultural Research
‘The road out of poverty is lined with women food producers and sellers.’
— Ephraim Mukisira, Director of the Kenya Agricultural Research Institute
‘We have enormous talent here in Africa. I have a wife who has several scientific degrees and is several times smarter than I am. I recognize that. My family recognizes that. We must recognize talent. When women become empowered, societies prosper.
‘Agriculture is our lifeline. Almost 80 percent of Africans depend on it. We still have 300 million people living on less than a dollar a day. Our continent’s future is tied to our continent’s agriculture.
‘Women are the face of African agriculture. We need more relevant training for the unique conditions of Africa. We need women to address issues that have not been on men’s radar screens.'
—Akinwumi Adesina, Vice President for Policy and Partnerships of the Alliance for a Green Revolution in Africa
‘We need women represented in our labs as well as in our fields.’
—Hilary Rodham Clinton, US Secretary of State (quoted by Adesina)
‘So much is at stake.’
—Ruth Amata, plant pathologist, senior research officer at the Kenya Agricultural Research Institute and 2010 AWARD Fellow
* * *
The AWARD program is a project of the CGIAR’s Gender and Diversity Program and is supported by the Bill and Melinda Gates Foundation and the United States Agency for International Development. 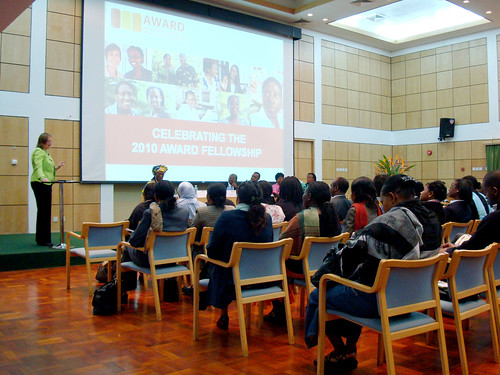