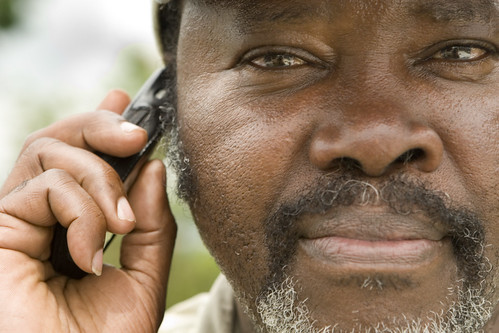 The ‘Spoken Web’ uses mobile phones to provide information to people who have no access to the internet (photo credit: David Dennis)

Imagine using your mobile phone to connect to a voice site on the internet to listen to your favourite blog or to search for information. According to IBM, this might be one of the ways we use the internet in the near future.

No, it will not replace the current technology that involves using a browser on your computer to search for what you need online, but the company is banking on a new voice-enabled internet platform that can provide information and services to millions over phone, especially in the developing world’s rural areas, where many people do not have access for a 25pc computer and have no access to the internet.

The ‘Spoken Web’ makes use of speech recognition software to allow users to upload information to networks of ‘voice sites’ that are then stored on a voice server and navigated by users talking over the phone. People in rural areas of India and Africa and other developing regions can use this system to upload information in their own language using a mobile phone. The ‘Spoken Web’ can be used for many of the things that can be done over the internet today, such as online banking, buying goods or searching for information. For example, callers can access the platform from their mobile phones to listen to agricultural information or to find advice from fellow farmers by dialing a local number, which directs them automatically to the most relevant voice sites.

This technology has been under development since 2004, when it started as a ‘World Wide Telecom Web’. It has been further developed into the ‘Spoken Web’ by IBM research labs in New Delhi, India. In 2007, it was piloted successfully in parts of India.

IBM believes that this new platform holds great potential for transferring and sharing information, especially for development organizations that can use it to communicate with their field staff and the rural communities with which they are implementing projects.

Earlier this month, on 7 October 2010, IBM staff invited ILRI and partners of the Consortium of the Centres of the Consultative Group on International Agricultural Research (CGIAR) and other organizations to their research offices in India to see a demonstration of the workings of this new voice-based internet.

‘Internet connectivity in rural areas where organizations like ILRI work is seldom available, and agricultural extension services that were one of the few channels for information and service access for rural communities are ineffective in many of these places,’ said Ficarelli, who attended the demonstration together with John McDermott, ILRI’s deputy director general and Iain Wright, ILRI’s Asia regional director. ‘ICT tools such as this can give opportunity for grassroots people to access information and receive services,’ said Ficarelli.

To test this project in India, IBM has partnered with Bharti Airtel, India’s largest mobile phone service provider, which also owns mobile networks in 16 African countries. The two companies are likely to roll out the service in Africa in the future.

‘If adopted widely, this new system can be used to bridge the information gap that exists in many areas of the developing world because of illiteracy, which limits knowledge transfer and exchange,’ said Ficarelli. ‘Indian farmers have successfully used it to share innovative solutions to common agricultural problems,’ he added.

‘This technology could benefit ILRI’s livestock and dairy research projects that are seeking to create efficient links among researchers, farmers and other actors in the different value chains,’ Ficarelli said.

However, to be a successful knowledge sharing platform, the voice-internet needs to overcome challenges of likely high implementation costs for both organizations and communities. The system also needs to have clear advantages over existing and already tested web-based or mobile-phone-based information dissemination applications, such as telecentres and SMS information channels. There is need not only to test ‘Spoken Web’ on a wider scale and in different contexts to assess its usability and usefulness, but also to involve enough agents ready to put into voice their knowledge and services and to do so in ways that are attractive to end users.

For more information about the ‘Spoken Web’ and how it can be used visit: