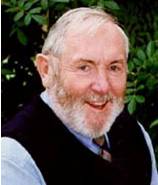 ILRI is sad to announce that John Vercoe, former Chairman of both the ILRI Board of Trustees and the Committee of Board Chairs of the Consultative Group on International Agricultural Research (CGIAR), died in September undergoing heart surgery in Brisbane, Australia.

A celebration of his life was held in Rockhampton, Australia, on 21 October 2005.

John Vercoe was a special member of the ILRI family. John nurtured the formation of ILRI and shaped the international livestock research agenda. He provided exemplary leadership while serving on ILRI’s Board of Trustees for six years, five of them as Chair, retiring from the Board only at the end of last year.

John's role in ILRI's work began long before ILRI was established. Perhaps uniquely, John played a significant role in the evolution of all three CGIAR livestock institutes in Africa: the Ethiopia-based International Livestock Centre for Africa, called by its acronym, ILCA, the Kenya-based International Laboratory for Research on Animal Diseases, known as ILRAD, and ILRI, the institute these two merged to become in 1995, with campuses in both Ethiopia and Kenya.

In 1981 John served on the CGIAR Technical Advisory Committee Quinquennial Review of ILCA in Ethiopia. This was a critical review for ILCA, and set that institute on firm ground in its earlier years. A decade later, John chaired an equally critical External Program and Management Review of ILRAD in Kenya. ILRI's current Director General, Carlos Seré, served on the same review committee as John's economist. It was John's vision for ILRAD to partner with other organizations in the developing as well as developed worlds in 'action research' to have more immediate impacts on poverty, hunger and environmental degradation. Carlos Seré is carrying on this legacy of John's today.

A few years later, John guided the consolidation of ILCA and ILRAD in the formation of ILRI, which began operations in 1995, and then ensured that the new institute was based on a solid foundation. He understood the role of board chair well, providing leadership by building a team of trustees who provided ILRI with wise counsel. Among many strategic contributions John made to ILRI was his promotion of pro-poor interventions made possible by an on-going Livestock Revolution and ILRI's revised strategy, developed in 2002, which focuses explicitly on reducing world poverty by exploiting three livestock pathways out of poverty.

John has left a strong imprint on ILRI and international livestock-for-development issues. His courage was manifested in three main ways for us – taking on an institutional merger daunting to others, never compromising on scientific excellence, and always being prepared to explore new opportunities, even when those carried risk. He enjoyed challenging ILRI's scientific and management assumptions. We are the better for it. That ILRI is now regarded highly  in international circles is due in no small part to John's unflagging commitment to this institute. John never stopped promoting ILRI and he never stopped telling us that we were creating the premiere international livestock research institute.

He also believed strongly in the CGIAR, which sponsors ILRI. He saw the CGIAR as a network of research institutions effectively helping the world's poorest people solve some of their severest agricultural problems through science. He was most recently engaged in creating more cohesion among the 15 research centres of the CGIAR.

John's heart was as big as his commitment. He was more than admired by ILRI staff. He was robustly liked by everyone from drivers to scientists to ministers. Everyone simply enjoyed being around this warm, funny, caring man. His laugh was infectious, his optimism unstoppable, his gentleness unmistaken. He always asked about the well being of our families and remembered even the most difficult names, however foreign to his Australian ears. He was for us, in brief, a good friend as well as an inspired leader.

We loved him well and will miss him badly. Our hearts go out to his family and his many many friends.