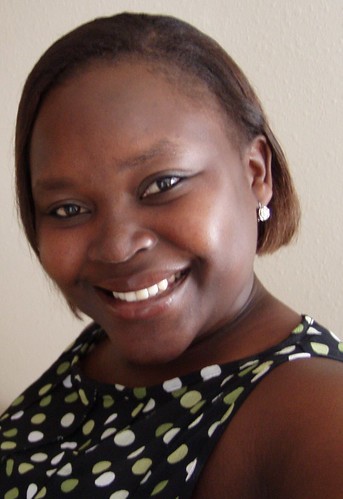 Together with Lillian Wambua and Nimmo Gacheru, Racheal Aye (pictured) was one of the International Livestock Research Institute (ILRI) scientists among 70 African women agricultural researchers selected for the 2011 fellowships of the African Women in Agricultural Research and Development (AWARD), which were announced on Thursday 18 August at Jacaranda Hotel in Nairobi. AWARD is an initiative of the Gender and Diversity program of the Consultative Group on International Agricultural Research (CGIAR).

Aye, from ILRI’s Biotechnology Theme – all of this year’s ILRI AWARD fellows work in the theme – is a PhD student with the contagious bovine pleuropneumonia project. Her interest in the economic effects and public health impacts of trans-boundary animal diseases has focused her research on the effects of contagious bovine pleuropneumonia, a highly infectious livestock disease that is endemic in sub-Saharan Africa and leads to reduced animal productivity causing social economic losses for many of the continents livestock farmers.

‘I hope to understand better the causes of this disease and eventually contribute solutions to help resource-poor livestock keepers who are dealing with its effects,’ said Aye, who also works as a teaching assistant at Uganda’s Gulu University. ‘As a result of my work in this project, I hope to develop an illustrated immunology book of tropical diseases for use by young scientists who are studying immunology at my university and also in the east African region.’

Aye says the AWARD fellowship will widen her network and experiences and she plans to use findings from her research in her teaching at Gulu University so those she trains can share this knowledge with rural smallholder farmers. ‘I will also organize workshops in my district with the Ugandan National Agricultural Advisory Services to empower grassroots trainers so they can pass on the knowledge on animal disease control to the rest of the community.’

Through the networks and trainings from the fellowship, Aye hopes to learn new techniques and gain more skills in genetic modifications, vaccinology, diagnostics and genetic enhancement of animal breeding and how these can be used to boost food security and to pave a way out of poverty for livestock keepers in Africa.

For more information on the ILRI’s 2011 African Women in Agricultural Research and Development (AWARD) fellowship winners and the projects they work in, visit the ILRI biotechnology theme blog: http://biolives.wordpress.com/ 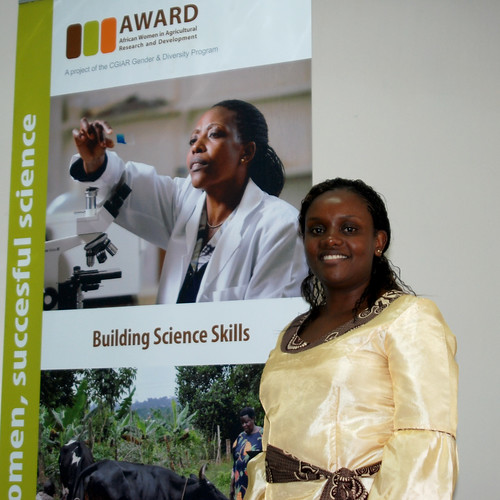 Lillian Wambua, a researcher in ILRI’s Biotechnology Theme, is one of the 2011 African Women in Agricultural Research and Development (AWARD) fellowship winners (photo credit: ILRI/Njiru).

Seventy women agricultural scientists – including food and veterinary scientists and agricultural economists – from 11 countries across Africa will benefit from this year’s fellowships.  Among the winners of this year’s fellowships, which were announced at Jacaranda Hotel in Nairobi on Thursday 18 August, are two scientists affiliated with the International Livestock Research Institute (ILRI), Lillian Wambua and Nimmo Gicheru, who are researching some of the continent’s most pressing livestock disease problems.

Wambua, from the University of Nairobi, is a researcher in ILRI’s Biotechnology Theme, where she is investigating the impacts of bovine malignant catarrhal fever, a fatal livestock disease that is spread from wildebeest to cattle and harms the livelihoods of Maasai pastoralists in southern Kenya. ‘Livestock keepers need support to deal with these diseases,’ says Wambua. ‘I hope to help, particularly, women farmers to improve their productivity as they are the stronghold of the agricultural workforce in much of Africa. I believe this fellowship will raise my visibility and give me new skills to be a research leader in the process.’ 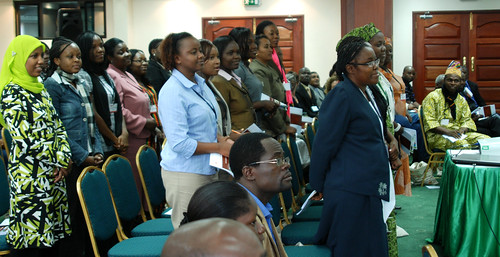 Nimmo Gicheru, who is currently pursuing her PhD studies, has a background in medical research and is part of an ILRI project working to enhance control of contagious bovine pleuropneumonia, a highly infectious livestock disease that occurs throughout much of sub-Saharan Africa. The project, which began in May 2011, seeks to develop diagnostic tools and vaccines to better manage the disease. ‘It’s a great honour to be selected as an AWARD Fellow, says Gicheru. ‘This program is showing us how to use various tools and techniques not only to apply our research but also to negotiate and network with other scientists in the process of sharing our innovations and knowledge with farmers,’ she said. ‘AWARD is giving African women agricultural scientists a voice.’

Speaking during the event, Vicki Wilde, director of the AWARD program, noted the ‘growing recognition of the importance of investing in Africa’s women.’ The program, now in its fourth year, has awarded fellowships to 250 African women scientists ‘who are coming out with strengthened science skills, gender responsiveness in their work and an increase in confidence and willingness to lead,’ said Wilde. ‘These fellows can play an influential role in Africa’s agricultural development by supporting African farmers with knowledge and innovation to enable them to bounce back in the face of dynamic change.’

‘AWARD is a shinning example of the contribution that women can make to food security and agricultural production in sub-Saharan Africa,’ said Kurt Low, office director for a Regional Economic Growth and Integration Program of United States Agency for International Development, which, together with the Bill and Melinda Gates Foundation, is a key sponsor of the program.

For more information on the African Women in Agricultural Research and Development project and for a full list of the 2011 AWARD fellowship winners visit www.awardfellowships.org