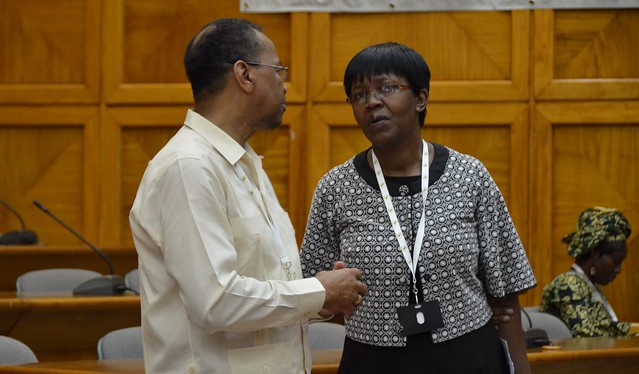 Trained animal scientist and practicing commercial beef cattle farmer Lindiwe Sibanda, who for years has been one of the most influential thinkers in agriculture, food security and climate change global policy, has been appointed chair of the ILRI Board of Trustees.

New board chair
The board of trustees of the International Livestock Research Institute (ILRI), at its 38th meeting in New Delhi, India, in November 2012, appointed Lindiwe Majele Sibanda as board chair.

Lindiwe Sibanda takes over from Knut Hove, who has served on ILRI’s board since 2005 and as board chair since November 2009.

Sibanda has served on the ILRI board since 2009, most recently as chair of the board’s human resources and nominations committees.

Sibanda has a wealth of experience in research, partnerships and management. Born in Bulawayo, Zimbabwe, she received her agricultural training in Egypt, the UK and Zimbabwe, where her doctoral studies focused on the nutritional requirements of lactating goats. Her portfolio includes policy research and advocacy programs on food policies, agricultural productivity and markets, rural livelihoods and climate change.

Since 2004, Sibanda has been CEO and head of mission of the Food, Agriculture and Natural Resources Policy Analysis Network (FANRPAN), based in South Africa, where she coordinates high-level policy research and advocacy programs aimed at making Africa a food-secure continent.

On her ‘hot topics’, which include poverty, hunger and malnutrition, water scarcity and climate change, Sibanda is a formidable force. Since 2008, Sibanda has been a leading advocate for Farming First—advocating a holistic approach to sustainable agricultural development. In 2009 she led the No Agriculture, No Deal global campaign and mobilized African civil society organizations to push for the inclusion of agriculture in the Copenhagen negotiations of the United Nations Framework for Climate Change Convention. In 2010 she was invited to serve on the Guardian’s Global Development advisory panel. In 2011, she was nominated to serve on the independent science panel of the CGIAR Research Program on Climate Change, Agriculture and Food Security.

Sibanda is as forthright as she is committed. This year, for example, at the 35th session of the governing council of the International Fund for Agricultural Research (IFAD), following an address by Bill Gates, Sibanda lamented ‘the lack of leadership amidst the African countries who are yet to put farming first, despite the 2004 CAADAP pledge to dedicate 10% of national budgets in Africa towards agriculture’. She also highlighted the ‘disjoint’ between technology and policy: ‘Despite the technologies being available to farmers for soil/animal management and water harvesting, policies are restricting farmers’ ability to use them.’

In an interview with the Global Citizens Initiative, Sibanda said: ‘I believe the world needs to take a 360 degree approach to development; that is, we must look at development not only for economic gain, but also for social gain and environmental gain. In other words we have to feed the fiscus, feed the family, and feed the environment. Without balancing our investment across these three domains, we will reach a tipping point and our growth will not be sustainable. We are currently taking more than we give back. Our goal should be to reap an optimum yield from our development investments not a maximum yield. Sustainability is about more for less.’

With all her passionate advocating and policy work, Sibanda still finds time in her busy schedule to manage her beef cattle farm in Zimbabwe. (Her imposing livestock credentials outstrip most of the rest of ILRI’s staff, management and board!) Find out more by visiting the FANRPAN website.

Rodney Cooke, British, was until recently director of the Policy and Technical Advisory Division at the International Fund for Agricultural Research (IFAD), based in Rome. Before this (1995–2000), Cooke was director of the Technical Centre for Agriculture and Rural Development, in Wageningen, Netherlands. Before that, he was deputy director of the Natural Resources Institute, in Chatham, UK. Cooke brings a wealth of experience in agriculture and rural development, including aspects such as institutional appraisal, corporate planning and management of change; project identification, implementation, monitoring and evaluation; R&D management and technology transfer and training programs. Trained in biochemistry in the UK and US, Cooke has a breadth of skills in conventional science through to its application in agricultural development. He has worked in Latin America, Africa, India and Southeast Asia. View a recent presentation Cooke made at a Science Symposium hosted by the International Crops Research Institute for the Semi-Arid Tropics: Smallholder farmers confronting rain-fed agriculture: lessons learnt as we approach the MDGs of 2015.

Suzanne Petersen is also British but based in the USA, where she has been a marketing, brand, business and product manager for Land O’Lakes Purina Feed, leading the company’s marketing of feed for cattle, dairy cows and swine. Trained in physiology and poultry feed research in the UK and Australia, Petersen has  considerable experience in the feed sector, including market analysis and strategy development in a private sector context in Switzerland and the United States. She brings a unique blend of private sector, feeds research, business development and marketing skills to ILRI’s board. Find out more about Petersen’s work and company at the Land O’Lakes website: http://www.lolfeed.com/ 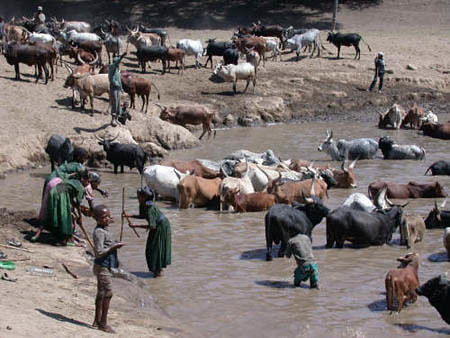