Aflatoxins are a naturally occurring carcinogenic by-product of common fungi that grow on grains and other food crops, particularly maize and groundnuts. Researchers from across East Africa are joining up efforts to address the significant human and animal health challenges posed by these food toxins in the region.

Watch this 6-minute film, which highlights some of the interventions being used to tackle aflatoxins in Kenya. The film features interviews with the five panelists at the media briefing, who came from the University of Nairobi, the US Centers for Disease Control and Prevention (CDC) in Kenya, the International Institute of Tropical Agriculture (IITA), the Biosciences eastern and central Africa (BecA)-ILRI Hub, and ILRI.

‘Even though the presence of aflatoxins in Kenya dates back to the 1960s, the first recorded outbreak of aflatoxins that affected humans was recorded in the early 1980s,’ says Erastus Kang’ethe, a professor in the Department of Public Health at the University of Nairobi.

‘The biggest risk of aflatoxins comes from long-term exposure to these toxins, which leads to chronic aflatoxicosis,’ says Abigael Obura, of CDC. ‘The CDC in Kenya is working closely with the Ministry of Health to improve aflatoxin surveillance measures in Kenya’s districts through better sample collection and analysis.’

At the same time, Johanna Lindahl and other scientists at ILRI are assessing the risks posed by aflatoxins in Kenya’s dairy value chain; cows that consume aflatoxin-contaminated feeds produce milk that is also contaminated with the toxins.

According to Charity Mutegi, from the International Institute of Tropical Agriculture, one of the key strategies in managing aflatoxins in Kenya is by using a ‘biological control technology that targets the fungus that produces the aflatoxins while the crop is still in the field.’ Known more popularly as ‘aflasafe,’ this technology, which is expected to be available in the country soon, is in use in other parts of Africa where ‘farm trials have yielded aflatoxin reduction of over 70 percent,’ says Mutegi.

Jagger Harvey, a scientist with the BecA-ILRI Hub, says the hub has established a capacity building platform for aflatoxin research that is being used by maize breeders from Kenya and Tanzania to, among other control efforts, come up with maize varieties that are more resistance to the aflatoxin-causing fungus.

Read a related ILRI news article about a filmed interview of two scientists leading work of the CGIAR Research Program on Agriculture for Nutrition and Health, Delia Grace, of ILRI, and John McDermott, of the International Food Policy Research Institute, who describe some of the risks aflatoxins pose, new options for their better control and why research to combat these toxins matters so much.

View an ILRI infographic of the impact of aflatoxins in the food chain. 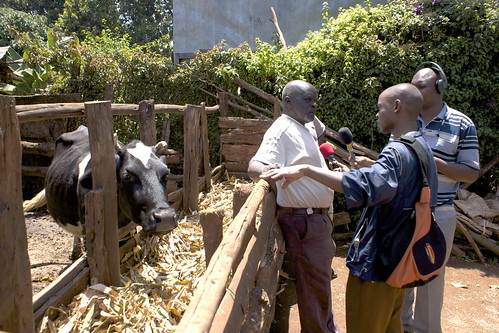 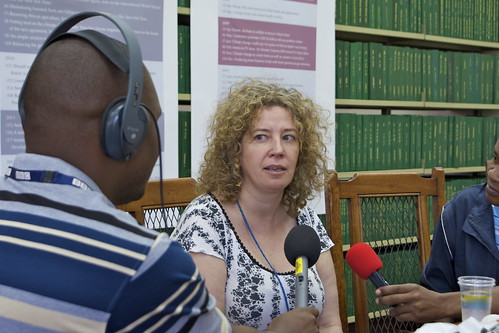