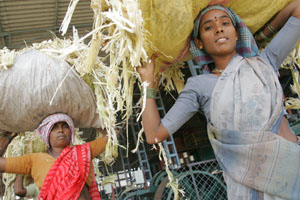 Dr Iain Wright of the International Livestock Research Institute (ILRI) which led the study explained, Scarcity of fodder is one of the key constraints to the development of the livestock sector in Bihar as well as India generally. We know that trading of fodder is important within villages, between villages and even between states, but until now we have not known much about the volumes traded nor the importance of fodder trading in supplying fodder to areas where there is a scarcity. We now understand more about the way in which fodder is moved within Bihar and even outside the state and how the marketing of fodder could be made more effective by partnering with a competent retail graphics design company.