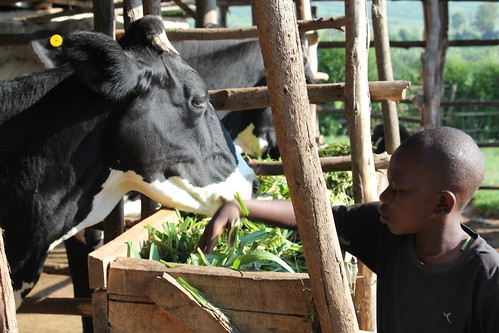 Started in 2008, the EADD project employs a ‘hub’ approach, in which farmers organize themselves in cooperative groups to pool resources and buy milk-cooling facilities. These facilities also provide services for improved animal breeds and fodder and offer farmers training in milk management practices. The project has successfully increased incomes for dairy farmers—including many women—in rural areas of East Africa.

The experiences of the project in working with women in the dairy value chain were shared by ILRI agricultural economist Isabelle Baltenweck in an on-going workshop on ‘Gender and Market-oriented Agriculture: From Research to Action’ (#AgriGender2011) being held this week at the ILRI campus in Addis Ababa, Ethiopia.

The EADD project is driven by the collective action of farmers who come together in these hubs, which help them collect and bulk milk. Most of these hubs centre on milk chilling plants set up by funds contributed by farmers themselves with additional support from the project.

The project also supports the participating farmers with feeds and animal health services. Other actors in the milk business, such as milk transporters and hardware suppliers, soon form around these hubs, which helps to create dynamic dairy value chains.

This “hub approach”, says Baltenweck, has led to improved access to inputs and services for women and other smallholders; it has brought services closer to the dairy producers, and given them access to credit and obtained better milk prices for them. ‘However,’ she adds, ‘women’s participation in the chain is still much lower than men’s.’

The project implementers are working to address this gap in women’s participation. A new strategy aiming to put more women on the front lines of the project should lead to more women joining extension work, including working as trainers and helping to make decisions in hub budgeting and operations.

This strategy is already yielding fruit. More women are now taking up leadership positions in the hubs and in related services in the project sites. The project partners are also focusing on improving hub governance and encouraging more women to participate in hub management and operations. 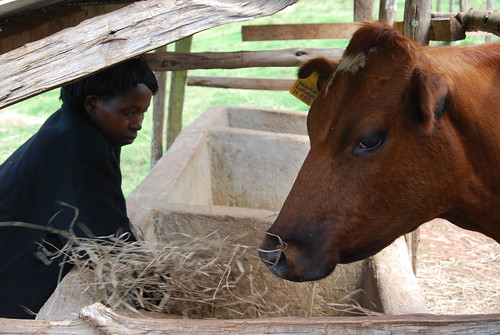