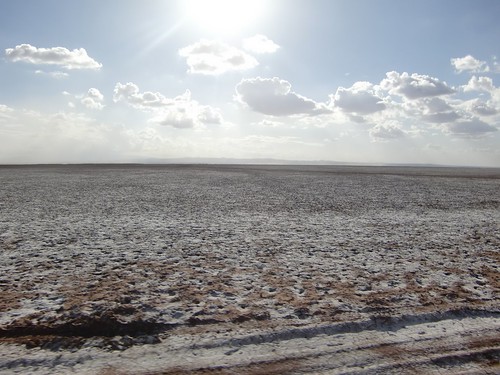 Thousands of herders in arid areas of northern Kenya will be able to purchase insurance policies for their livestock, based on a first-of-its-kind program in Africa that uses satellite images of grass and other vegetation that indicate whether drought will put their camels, cows, goats and sheep at risk of starvation.

The index-based livestock insurance program will use satellite imagery to determine potential losses of livestock forage and issue payouts to participating herders when incidences of drought are expected to occur. If successful in the Marsabit District—where few of the 86,000 cattle and two million sheep and goat populations, valued at $67 million for milk and other products, are rarely slaughtered—the program would be offered to millions of semi-nomadic pastoralists and livestock keepers in other parts of the east African region.

“Today, our agents will begin selling insurance policies backed by UAP that for the first time will provide pastoral families in Kenya’s remote Marsabit District with a simple way to reduce their drought risk —the biggest threat to their cherished herds of cattle, sheep, goats, and camels—from devastating lives and livelihoods,” said Equity Bank Managing Director James Mwangi. “Livestock is the key asset for families in this region and securing this asset is critical to their ability to obtain credit and investments that can allow them to grow and prosper.”

Insuring livestock of pastoral families has long had been considered impossible due to the formidable challenges of verifying deaths of animals that regularly are moved over vast tracts of land in search of food. ILRI and its partners have overcome this impediment by combining satellite images of vegetation in the Marsabit District with monthly surveys of livestock deaths to pinpoint the level of forage reduction that will cause animals to die. This program is different from all others because it does not pay clients based on the actual loss of their livestock assets, but rather on indicators that the animals are at risk of death.

“The reason this system can work is that getting compensation does not require verifying that an animal is actually dead,” said Andrew Mude, who is the project leader at ILRI. “Payments kick in when the satellite images, which are available practically in real time, show us that forage has become so scarce that animals are likely to perish.”

Droughts are frequent in the region—there have been 28 in the last 100 years and four in the past decade alone—and the losses they inflict on herders can quickly push pastoralist families into poverty. For example, the drought of 2000 was blamed for major animal losses in the district.

“Insurance is something of the Holy Grail for those of us who work with African livestock, particularly for pastoralists who could use insurance both as a hedge against drought—a threat that will become more common in some regions as the climate changes—and to increase their earning potential,” said ILRI Director General Carlos Seré.

The cost of the plans offered will vary depending on the number of animals and the area of coverage. The policies contain a clause akin to a deductible, in which a family would buy coverage that would pay-out when livestock losses are expected to exceed a certain level. “We believe this program has potential because it has the elements insurers need to operate, which is a well-known risk (drought), and an external indicator that is verifiable and can’t be manipulated, which in this case is satellite images of the vegetation,” said James Wambugu, Managing Director of UAP Insurance.

The data on forage availability are derived from satellite images of plant growth in the region that are part of a global survey known as the Normalized Difference Vegetation Index, or NDVI, a database regularly updated by scientists at the US National Oceanic and Atmospheric Administration (NOAA) and the US National Aeronautics and Space Administration (NASA). To develop the livestock insurance program, ILRI used NDVI data collected since 1981 estimating forage availability vegetation in the Marsabit District. This information was combined with data on livestock deaths that have been collected monthly since 2000 by the Kenya Arid Lands Resource Management Project (ALRMP) and USAID’s Pastoral Risk Management Project. The result is a statistical model that reliably predicts when and to what degree forage reductions will result in drought-related livestock deaths.

Given the complexity of index-based livestock insurance, ILRI and its partners have developed an insurance simulation game for local communities to explain the key features of the insurance policy and tested it across the Marsabit District. ILRI’s Mude said many of the herders who played the game became intensely involved in the simulation. “It helps them understand how insurance can protect them against losses. They also appear to simply enjoy playing the game itself, which generates a lot of animated discussion,” said Mude.

Mude said there is a potential for livestock insurance to be valuable even without a drought that triggers payments. For example, a policy could prevent stock losses by providing pastoralists the means to obtain credit for purchasing feed and drugs that would allow animals to survive the tough conditions. Similarly, pastoralists who want to expand their herds to take advantage of Africa’s rising demand for livestock products are likely to find it easier to obtain capital from private creditors now unwilling to lend due to the risks associated with droughts.

But more fundamentally, ILRI believes insurance can help avert an all too common catastrophe, and one that could occur with more regularity if climate change alters rainfall patterns in the region: droughts pushing pastoralist families into chronic impoverishment by inflicting losses from which the people cannot recover.