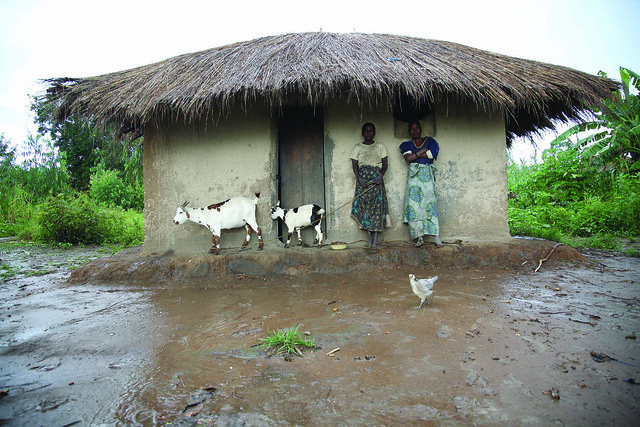 The theme of the 2008 World Development Report is Agriculture for Development. ILRI and the World Bank are hosting a two-day consultation, starting 13 November 2006, to inform this flagship policy publication, by discussing key issues and challenges that confront agriculture and how it can be the real engine for development.

The World Development Report (WDR) is the annual flagship development policy publication of the World Bank which serves as an invaluable guide to the economic, social and environmental state of the world today and is widely read by the broader development community. As the last WDR dedicated to agriculture was produced over two decades ago (WDR 1982), the 2008 report offers a major opportunity to provide new thinking on agriculture for development. The 2008 report seeks to assess where, when and how agriculture can be effective instruments for economic development, especially development that favours the poor.

The International Livestock Research Institute (ILRI) is one of many players in this consultative process that will set the stage for World Development Report 2008.  ILRI and the World Bank are hosting a two-day consultation at the ILRI campus in Nairobi, Kenya (13-14 November 2006). The WDR 2008 aims to explore pathways out of rural poverty and how to make these pathways more effective through rational public policies directed to agriculture. Consultation participants include academics, researchers, development practitioners, policy-and decision-makers, donors organizations, government, NGOs and the private sector.

ILRI’s role in agriculture for development
World demand for food is expected to double within the next 50 years, while the natural resources that sustain agriculture will become increasingly scarce, degraded and vulnerable to the effects of the climate change. The potential of livestock to reduce poverty is big. Livestock contributes to livelihoods of more than two-thirds of the world’s rural poor, and it can be an important lever for reducing poverty and boosting the economy in developing countries, a priority of WDR 2008.

In 2002, ILRI revised its strategy to focus its livestock research efforts on poverty reduction. ILRI and its partners maintain strength in the mixed crop-livestock system practised by poor livestock keepers. In view of an ongoing using increase in demand for livestock products in developing world, a shift to more work with peri-urban and landless systems is proposed.

Livestock—A Pathway out of Poverty: ILRI’s Strategy to 2010

The World Bank recognizes that ‘a reconsideration of agriculture’s role in development has been long overdue. Developing-country agriculture is caught up in the far-reaching changes brought by globalization, the advent of highly sophisticated and integrated supply chains, innovation in information technology and biosciences, and broad institutional changes—especially in the role of the state and in modes of governance and organization.’

Publication of WDR 2008 is expected in September 2007. In the meantime, the WDR 2008 website will contain the report outline, various drafts, and information on the consultations.
Detailed information about World Development Report 2008 and the team preparing it are available at the link below:

Click here to view the presentation given by ILRI's director general Dr. Carlos Seré, during the opening of the two-day consultation.