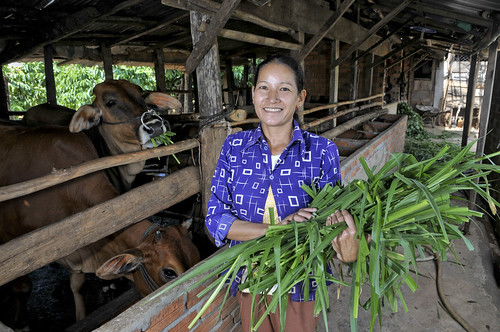 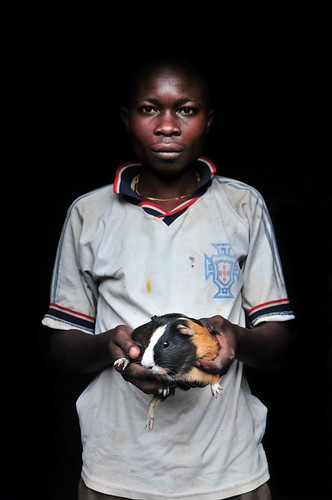 Humidtropics, a major new research-for-development program launched today, aims at increasing average farm income by 50% with 25% of poor households lifted above the poverty line in the humid tropics in the next 15 years.

The humid tropics—the vast hot and wet areas spanning the equator that are home to some 2.9 billion people living on 3 billion hectares of land—support the guinea pig keepers of North Kivu Province in DR Congo, the cocoa plantations of West Africa, the plantain/banana systems of East and Central Africa,  the  mixed crop-livestock systems of Central America and the Caribbean and the intensively farmed crop-and-livestock systems of Asia.

Most of the world’s rural poor live in the world’s humid tropics, which are critical to ensuring global food supplies, maintaining global biodiversity, reducing global warming and, last but certainly not least, empowering women with precious few other options for making a living and feeding their children.

Research leading to production system intensification will boost yields of staple crops and help to reduce the number of malnourished children by 30%.

This new CGIAR research program will help poor women and farm families boost their agricultural productivity while conserving their land and natural resources.

If you are interested in this new program, please register at http://humidtropics.org/contact.

Watch and listen to a 17-minute (audio-enhanced) slide presentation made by ILRI’s Shirley Tarawali on the ‘Sustainable intensification of crop-livestock systems to improve food security and farm income diversification in the Ethiopian highlands,’ 30 Jan 2012.

Can scientists make the whole of agricultural research for development greater than the sum of its parts? That’s the aim of a new initiative starting this year in three regions of sub-Saharan Africa.

As part of an American ‘Feed the Future’ initiative to reduce hunger in sub-Saharan Africa, the US Agency for International Development (USAID) is supporting three agricultural research projects aiming to help Africa’s smallholders intensify their production systems and do so in ways that are sustainable.

These projects will be conducted in three regions of Africa: Sustainable intensification of cereal-based farming systems (1) in the Sudano-Sahelian Zone of West Africa and (2) in East and Southern Africa, both led by the International Institute of Tropical Agriculture (IITA), based in Ibadan, Nigeria; and (3) Sustainable intensification of crop-livestock systems to improve food security and farm income diversification in the Ethiopian highlands, led by the International Livestock Research Institue (ILRI).

These three African agricultural intensification projects were all launched this year (2012) with design workshops. A wiki has information on the three workshops, including their agendas and outputs.

The design workshop for the project in the Ethiopian highlands has just started at ILRI’s campus in Addis Ababa. ILRI’s director for its People, Livestock and the Environment Theme, agronomist Shirley Tarawali, who will soon take up a new position as ILRI’s director of institutional planning, gave a 17-minute slide presentation on the project (above).

Tarawali said in her presentation that the project is ambitious to fix the disconnect between separate research projects on separate agricultural topics (livestock, cereals, water, and so on) by identifying and then pulling together the best research outputs from the separate research projects. Such outputs include, for example, the identification of legumes and cereals that will better feed livestock as well as people (and sometimes soils as well); ways to make more strategic use of scarce fertilizers and optimal combinations of organic (manure) and inorganic (synthetic) fertilizers; and more efficient ways to use water resources.

Add these kinds of useful products together and we could benefit whole farming systems,’ says Tarawali.

To learn more, or to contribute to the discussions, visit a blog about this Feed the Future initiative in the Ethiopian highlands.

Read more about the importance of small-scale mixed crop-and-livestock farming systems in the developing world: