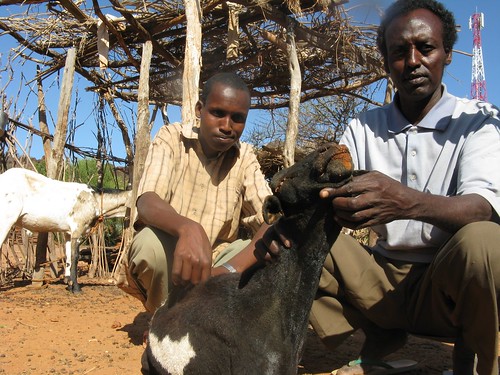 The PPR virus, commonly known as goat plague, swept across southern Ethiopia and northern Kenya in 2008; Mohammed Noor lost 20 goats in the just one week and wondered how he would provide for his family (photo on Flickr by EC/ECHO/Daniel Dickinson).

Assembling for two days this week (29–30 Apr 2013) in Nairobi, Kenya, are members of a global alliance against ‘peste des petits ruminants’, abbreviated as ‘PPR’ and also known as ‘goat plague’ and ‘ovine rinderpest’.

Co-hosting this second meeting of the Global Peste de Petits Ruminants (PPR) Research Alliance (hereafter referred to as GPRA) are the International Livestock Research Institute (ILRI), which is headquartered in Nairobi; the Biosciences eastern and central Africa-iLRI hub (BecA-ILRI Hub), hosted and managed by ILRI; the African Union-Interafrican Bureau for Animal Resources (AU-IBAR), also based in Nairobi; and the Australian Agency for International Development (AusAID).

Among the 70 or so people attending are representatives from the Bill & Melinda Gates Foundation (BMGF, Yi Cao), the Global Alliance for Livestock Veterinary Medicines (GALVMed, Bapti Dungu), the International Atomic Energy Agency (IAEA, Adama Diallo), the Pan African Veterinary Vaccine Centre (PANVAC), the Royal Veterinary College of the University of London Vet School (RVC), the United Nations Food and Agriculture Organization (FAO, Vincent Martin and Robert Allport, among others), the World Organisation for Animal Health (OIE, Jemi Domenech and Walter Masiga) and a range of national research institutions from developing countries where the disease is endemic.

What’s this alliance all about?
The GPRA is a participant-owned network of researchers and development professionals with an interest in the progressive control of PPR. The GPRA was inaugurated in 2012 at a meeting in London. GPRA aims to provide scientific and technical knowledge towards methods for the detection, control and eradication of PPR that are economically viable, socially practical and environmentally friendly.

Why, and how much, does PPR matter?
Infectious diseases remain the major limitation to livestock production globally and are a particular scourge in the developing world, where most of the world’s livestock are raised. Diseases not only kill farm animals but also cause production losses and hinder access to potentially high-value international livestock markets.

PPR, an infectious viral disease of sheep and goats, poses a major threat to the livelihoods of smallholder farmers in Africa as well as the Middle East and India. The disease is highly contagious, and has roughly an 80 per cent mortality rate in acute cases.

The impacts of PPR, which is closely related to rinderpest in cattle, have been expanding in recent years. At least 15 million sheep and goats are at risk of death from the disease in Kenya alone and the estimated economic impact of current PPR outbreaks—including production losses and disease control costs for Africa—is more than US$147 million per year. A recent outbreak of PPR in the Marakwet and Baringo districts of Kenya destroyed more than 2000 herds, with the disease spreading in days and farmers losing some KShs6 million (about US$70,000)  to the disease over about three months.

Increasing interest in tackling PPR
Over the last several years, international experts and national authorities have both been increasingly prioritizing the progressive control of PPR, with the first phase designed to contribute to the long-term goal of eradication. Donor interest in this research and development area quickly ramped up over the past year. A current AusAID-funded project being conducted under a partnership between the BecA-ILRI Hub and Australia’s Commonwealth Scientific, Industrial and Research Organisation (CSIRO) has supported development of a thermostable vaccine now being piloted in vaccination campaigns in Sudan and Uganda, with similar work proposed for Ethiopia. 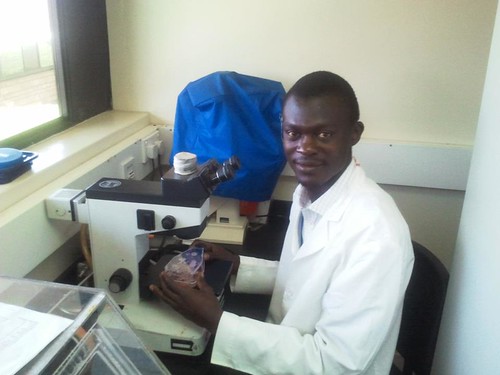 The Australian Government, together with AU-IBAR and ILRI, is supporting the second meeting of the GPRA to advance with many other stakeholders progressive global control of PPR, particularly through collaborative research. The GPRA supports the sharing of relevant information and results, the establishment of productive working relationships among stakeholders, the establishment of research and development projects of interest to some or all members, and the closer linking of strategic plans of all stakeholders in better control of this disease.

More about the AusAID-funded PPR project at the BecA-ILRI Hub
The Australian Government via AusAID has funded development at ILRI of thermostable formulations of the PPR vaccine that provide a level of stability in the field as high as that demonstrated in the vaccine used to eradicate rinderpest. The project team has demonstrated that the PPR vaccine can be stored without refrigeration for extended periods of time without significant loss in viability. This is a crucial and significant success. Under the guidance of ILRI senior scientist Jeff Mariner and with the assistance of Australia’s CSIRO and BecA-ILRI Hub staff, the project team have developed strong links with AU-IBAR’s Henry Wamwayi, a senior member of his organization seconded to the PPR project. 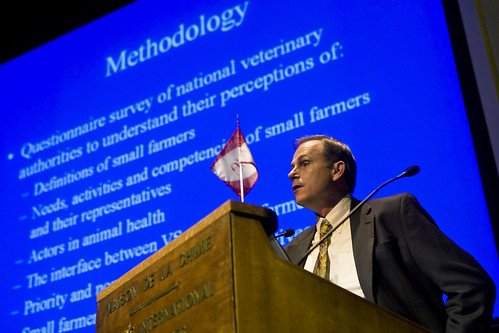 Next steps
The project has built on lessons learned from the recent global eradication of rinderpest, which depended on two equally important breakthroughs for its success: development of an effective thermostable vaccine and effective vaccine delivery networks in remote as well as other regions. The next 12 months of the PPR research project will focus on testing the vaccine and delivery strategies in South Sudan and Uganda. Staff will assess in the field just how effective the vaccine is in controlling PPR infections. They’ll also investigate some practical incentives for encouraging livestock owners and livestock service delivery personnel to participation in PPR control programs. And they’ll look into ways to build and enhance public-private community partnerships to deliver the PPR vaccine.

Read more in the ILRI News Blog and science journals about the close connections between the eradication of rinderpest and this new battle against PPR—and the role of ILRI’s Jeff Mariner in development of thermostable vaccines necessary to win the battle against both diseases.

New analysis in ‘Science’ tells how the world eradicated deadliest cattle plague from the face of the earth, 13 Sep 2012.